Poker is tougher than a decade ago, in order to be a big, consistent winner you need to adapt. In a poker world that is seeing aggression ramped up and GTO gaining popularity, we need some plays to counter our opponents. This article will look at a few plays that should help crush the low stakes poker games online. 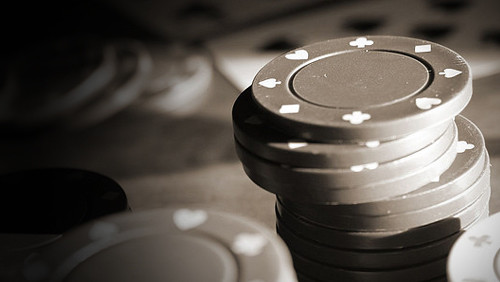 Low stakes games still see people open limping. There’s loads of reasons why it’s bad to limp in poker but the main one is weakness. By open limping you’re telling the table you’re weak. So, to counter these weak players, you need to iso raise. This is shortened from the original term which is isolation raise. It basically isolates the weak player and gets you heads up with them. This is what you want as it means you have the aggression in the hand and are one on one with bad player. Once you get to the flop, a continuation bet will usually be enough to win it right there. Limpers don’t usually put up a fight post-flop.

Over Bet for Value

Most weak low stakes players have the same trait of stubbornness when they get to the river. If they call past the flop, they often continue to showdown. That’s why the overbet value bet works like a dream. You’d be amazed what fishes will call you with. Most poker schools of thought say “bet small and get paid”. Why bet small when they’ll call big? This strategy can’t be taken to mid-stakes though. They’ll see right through you and note that over-bets mean value. But at micro and low stakes, the bad players aren’t thinking that advanced. If they like their hand, they’ll pay to see yours. Punish them for it.

A great way to prevent regulars and loose aggressive players is to employ the 3-bet strategy in position. The reason this works well is that they either fold or call and play out of position. Both outcomes are fine for us! As long as you do it with a balanced range of hands, you should find this profitable. It works best against weak players you want to get heads up, players who open raise too much and regulars who are stealing from middle or late position. The trick is to 3 bet smaller so that if they come over the top, you save a little. Also, you entice calls from fishes and get to play the pot in position.

Whilst poker is tougher than it used to be, there are still many fishes in the poker sea. If you attack the weak players, play solid against the stronger ones and use these three plays, you’ll have a good chance at winning. Remember, new players flock to micro and low stakes games so it’s where the worst players are. Also, the regulars who play that low are doing so because they can’t beat higher stakes. This is encouraging as it means you are unlikely to face amazing players at the low stakes’ games online.

Card Games You may not Know About